Việt Nam's national football team received a bonus of VNĐ500 million (US$21,300) for their 1-0 win over Thailand during the ongoing King’s Cup in… 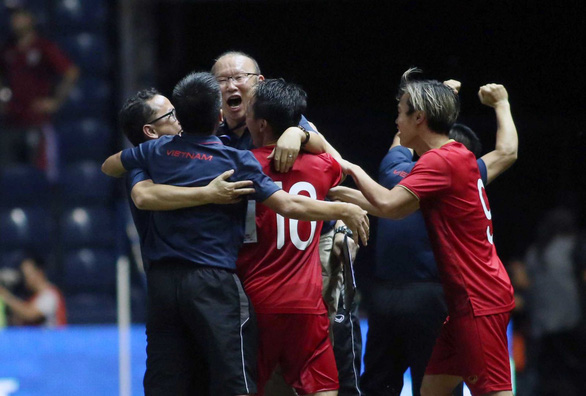 The Việt Nam Football Federation (VFF) decided to reward the team because it was an important victory over their long-standing arch-rivals.

Veteran Nguyễn Anh Đức headed home the only goal of the match in the final minute of added time.

It was only Việt Nam’s third win in their 22 matches against Thailand since December 1995.

VFF President Lê Khánh Hải sent his congratulations to the team, praising strong spirit of the ASEAN champions and their confidence even while playing on Thai ground.

He said the bonus was designed to encourage Park Hang-seo and his players, who will meet Curacao in the final on Saturday.

The King’s Cup is a friendly tournament but this year it falls during the FIFA international break, meaning it will count towards teams’ FIFA rankings – scores that are used to determine seeding at big tournaments.