Vietnam and Thailand settled for a 0-0 draw on Tuesday, with the point enough for the Golden Dragons to retain top spot in Group G of the Asian…

Vietnam lead with 11 points from five matches while the stalemate saw Thailand drop to third, one point behind Malaysia who beat Indonesia 2-0 in the group’s other match on Tuesday.

The all-Southeast Asian tie was as captivating as expected, with both targeting three points after having played to a 0-0 draw in their first meeting in September.

Vietnam, with their fans urging them on, dominated but Thailand threatened each time they counter attacked. 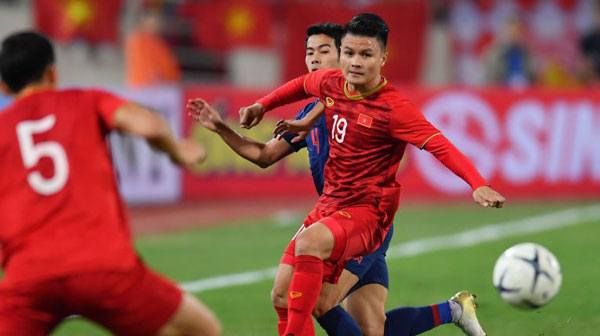 One such Thailand attack saw them awarded a penalty in the 27th minute when Vietnam’s Doan Van Hau was penalised for bringing down Manuel Tom Bihr.

Theerathon Bunmathan took the spot-kick, but Vietnam goalkeeper Dang Van Lam pulled off a spectacular save to send the fans at the My Dinh Stadium into a frenzy.

Vietnam responded almost immediately with Nguyen Quang Hai’s cross headed home by Bui Tien Dong, only for it to be disallowed for a foul on Thailand goalkeeper Kawin Thamsatchanan. 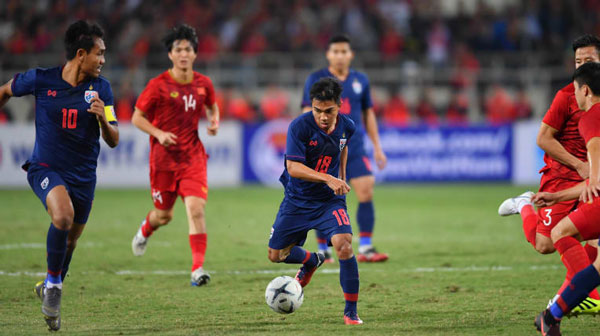 Thailand’s Chanathip Songkrasin had several runs into the final third in the second half but Van Lam was on top of his game as he denied the Hokkaido Consadole Sapporo striker.

In the end, neither side was able to find a way through and Thailand – beaten 2-1 by Malaysia on Thursday – will have to wait for Indonesia on March 26 to try again for a win while Vietnam will only be in action on March 31 against Malaysia.