Việt Nam in Group B with Thailand at SEA Games 2019

Việt Nam have been drawn in Group B for the upcoming 30th Southeast Asian (SEA) Games in the Philippines, alongside defending champions Thailand,… 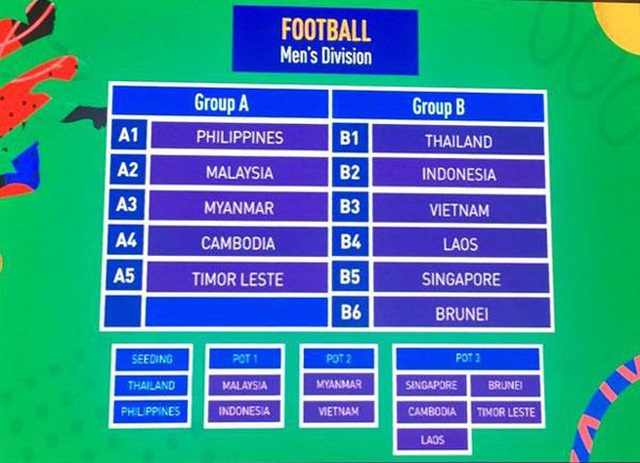 The draw took place at Sofia Hotel in Manila, the Philippines this morning.

Group A consists of Cambodia, runners-up Malaysia, Myanmar, the Philippines and Timor Leste.

“Group B will be much more competitive than Group A. Group B includes quality teams such as Thailand, Indonesia as well as Việt Nam. With the presence of real strength, I believe that Việt Nam U22 team will overcome the qualifying round towards the title,” said Tuấn.

On the women’s side, Việt Nam are in Group B with Thailand and Indonesia. While the Philippines, Myanmar and Malaysia are in Group A.

The participants will play in a round robin format to determine the top two teams from each group for the semi-finals.

The group stage matches of the men’s football event will start on November 25 and end on December 5. The semi-finals take place on December 7, while the third-place playoff and the final will be held on December 10.