Head coach Mai Duc Chung: “Vietnam is in the group with strong opponents” 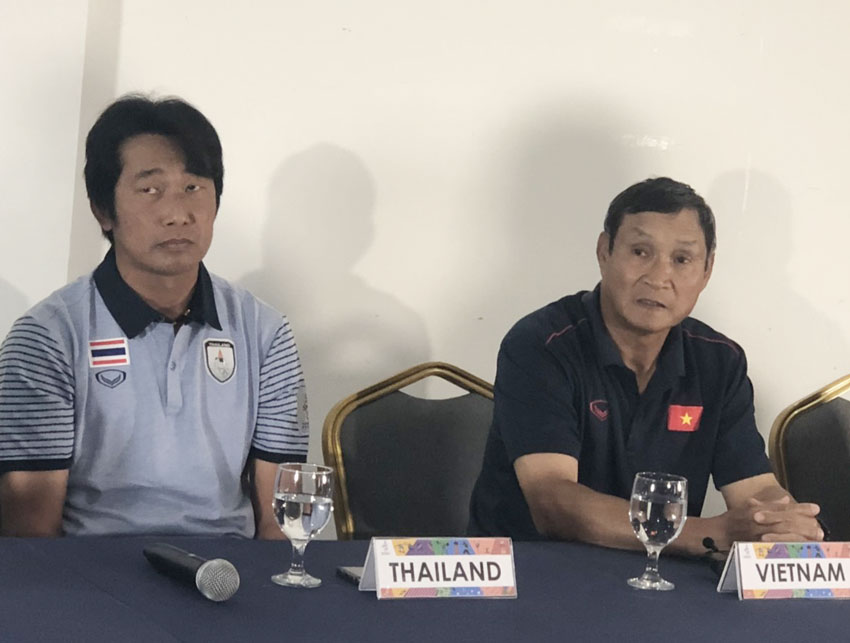 “We had 1 month and one training program in Japan before SEA Games 30. Vietnam Women’s National Football team continues including many players who appeared in the line-up of the previous tournaments. I also want to congratulate all teams who come to this tournament”. Head coach Mai Duc Chung shared at the beginning of the press conference.

Talk about the biggest challenge of the team at this tournament, Mr. Mai Duc Chung said: “All teams want to have good matches. Group B has strong teams, however, I also appreciated some teams in this tournament such as Philippine, Indonesia, Malaysia, Thailand, and Myanmar. I realized that all teams have developed after many of AFF’s tournaments. Philippines’ team had a good preparing at this tournament. Meanwhile, Vietnam’s team is in the rejuvenation period, we have many young players. This is also preparing for SEA Games 2021 in Vietnam”.

About the difficult at this tournament, Head coach Mai Duc Chung told about the traffic jams. “I have suggested that the training sessions, as well as the day match, need the police to support the traffic because of the traffic jams here is usually happen. We had to wait for more than an hour for the bus to pick up and had to change to a new stadium to practice. The team’s bus should arrive early and on time, so the players must not wait”.

Besides that, Head coach Mai Duc Chung said that the team has prepared food from Vietnam: “In the coming days, there will be more food which is sent to here to provide for players”. 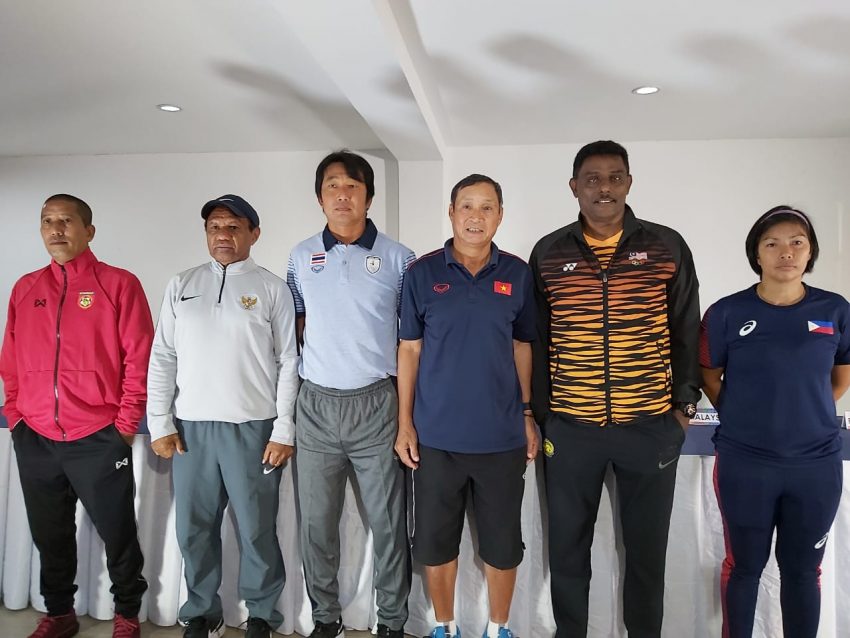 Related to the eating problems of players when the day match is near, one officer of the team said that they worked with the hotel to add more food and drink but the representative of White Woods Hotel stated that they have to register by documents and need the agreement of SEA Games 30’s organizer. Until tomorrow, if the hotel will not provide more food for players, the team will buy kitchen tools and food from the market to serve the players. However, this hotel is very far from the shopping center, so it is also difficult. 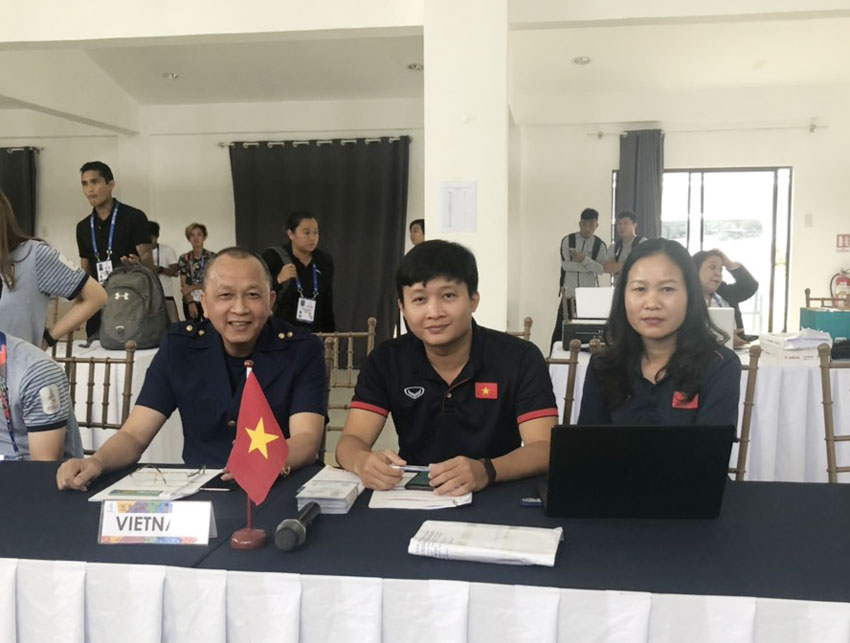 On the same day, the leader of the Vietnam Women’s Football Team delegation and team’s assistants participated in a technical meeting at White Woods Hotel. The start game is on 26th Nov at 16:00 between Vietnam and Thailand. The match against Indonesia will be at 16:00 on 29th Nov.

On this afternoon (25th Nov), instead of practice in Aboitiz stadium as the plan of organisers, Vietnam’s team has the training session at a stadium near the hotel (from 15:00 to 16:00). 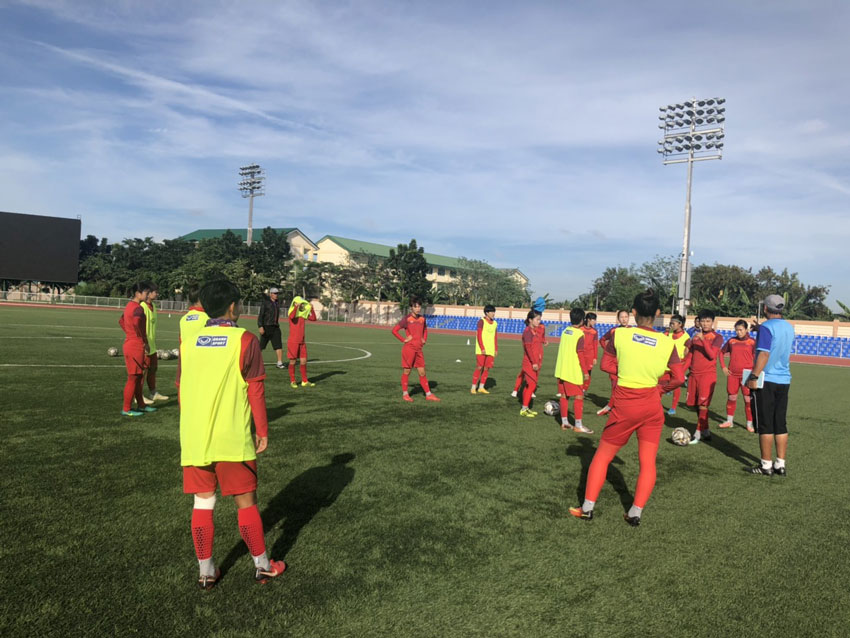